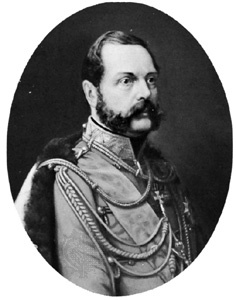 "On the first day of 1874, Tsar Alexander II issued the decree that introduced the last of the Great Reforms.  In it, he announced that in his "constant solicitude for the well-being of Our Empire," he was changing the basis for military service throughout the realm.  The burden of military service, he recognized, "lies presently only on the lower urban and peasant estates, and a significant portion of Russian subjects are freed from the responsibility that should be sacred for everyone in an equal measure."  "Recent events have proven," he went on, referring to the Prussian victory over France, "that the strength of a state is not in the number of its troops alone, but is primarily in the moral and intellectual qualities of those troops.  Those qualities only reach the highest stage of development when the business of defending the fatherland becomes the general affair of the people ... when all, without distinction of title or status, unite for that holy cause." - Josh Sanborn

How Old is Andrey?

Article: The Boring Life of a Soldier in the Imperial Army during Peace Time

(Please note that the charts listed below are subject to change as we make discoveries in rehearsal.)

If you would care to work your lines to music, below is a sample that sound designer Michael Cash has sketched out for the show so far.  Please note that this music is copyrighted and may not be used or reproduced without permission.01 ???????.m4a